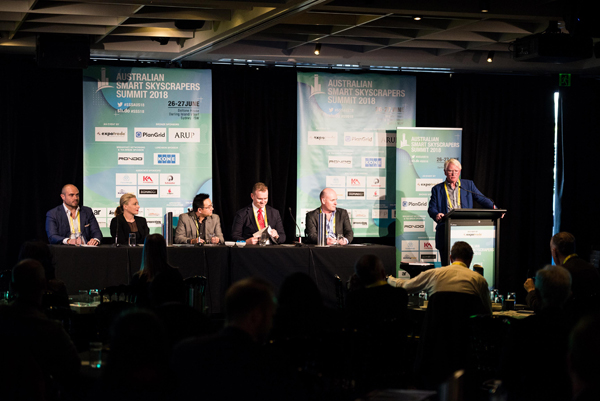 Our cities are becoming increasingly filled, and our buildings as a result are becoming taller and taller. The need to deliver high-rises that are well-equipped to house occupants and yet counter negative environmental impacts are today of utmost importance.

High-profile senior level figures highlighted the latest trends in tall building design and construction and analysed how they can be implemented to compose human-friendly, intelligent high-rises that house citizens within populated cities. For Michele Pasca di Magliano, Associate Director of the renowned London-based Zaha Hadid Architects, it is more than possible to build cities, and construct their subsequent built environments, that can meet complex human needs and provide more order, regardless of their growing populations.

Many technological advancements we are privy to played another key, and exciting, role during the Summit. During an interactive panel discussion, Ridley’s Andrew Phelan, BVN’s Catherine Skinner, Dean James of JHA Consulting Engineers, UNSW’s Hank Haeusler, and Tyrone Padayachee of Richard Crookes Construction explored the intricacies and challenges around high-rise design with the aid of new technologies such as 4D virtual reality environments, 3D printing systems, and new BIM processes.

The panel analysed how professionals can efficiently learn to utilise such technologies within high-rise design and construction; questioning at one point whether it is better to learn new technologies ‘on the job’, or by receiving formal training during their schooling.

Arup Research Leader Alexandra Sinickas spoke of how technology within the built form can be utilised in a calm, non-evasive manner – connecting tenants and increasing their well-being by embedding it in the building, rather than in their faces.

Timber’s growing role within high-rise buildings was also explored in depth at the Summit, by distinguished design director of FJMT, Richard Francis-Jones. 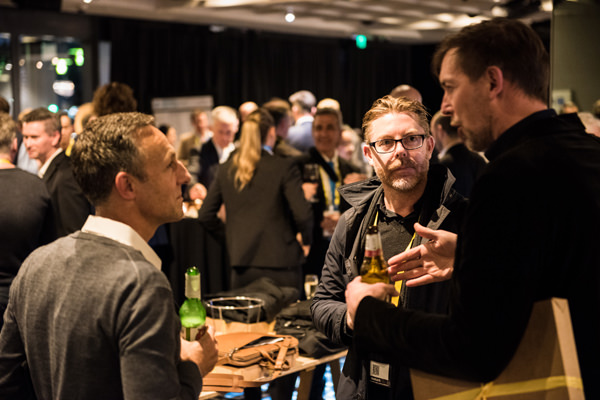 He treated delegates to a poetic run-through of Sydney’s EY Centre, a 37-floor tower that makes a striking mark within the city’s skyline with its timber façade. Francis-Jones designed the building to be a warm, human-friendly departure from the stereotypical skyscraper, and in his words reminds him of security guards in sunglasses – though we know what they’re doing, we never know what they’re thinking.

Dr Philip Oldfield, Senior Lecturer in High Performance Architecture at UNSW, returned to the Summit after his highly-regarded presentation at the 2017 event, outlining timber’s ability to strategically reduce the impact of embodied carbon in tall buildings.

Transforming workplaces within high-rise buildings emerged as a strong theme during many of the high-rise developments that were employed as case studies.

Arup Principal and Sydney Building Services Leader Robert Saidman, AMP Capital Design Director Eve Clark each spoke of 50 Bridge Street’s Quay Quarter Tower, and 3XN Partner Fred Holt each spoke of the building’s ability, with its open atrium spaces and stacked vertical villages, to allow tenants the opportunity to socialise and form communities both with colleagues and with tenants occupying other offices.

Unpacking the various shifts in tenancy expectations, advancements in technology, and trends in high-rise construction and design, the event illuminated how best to work towards creating distinguished skyscrapers that bring positive results both to the tenants within, and the world below.