How Can Australia Build Great Skyscrapers? 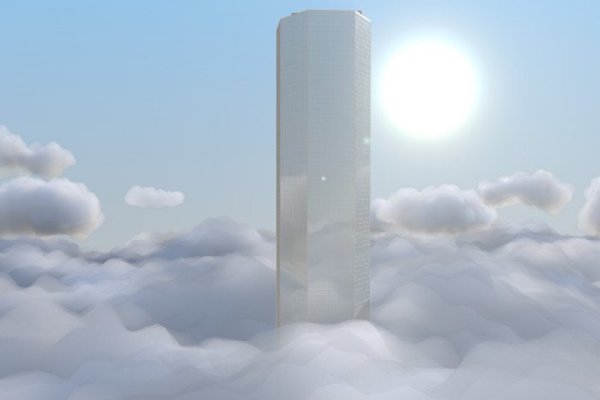 When the City of Sydney released its 20-year growth strategy in July, the centrepiece of the plan revolved around the creation of ‘clusters’ where massive office towers and apartment complexes could (subject to federal air-traffic control approval) reach 300 metres and beyond in height.

Sydney is not alone. Melbourne currently has seven towers of greater than 200 metres under construction, according to the Urban Melbourne website. In Brisbane, work is underway on the 274-metre Skytower housing 1,119 apartments whilst public servants have recently moved into the 267-metre 1 William Street development.

With this in mind, it is timely to look at some of the ways in which towers of this height can be designed and built in a manner which ensures they are aesthetically pleasing, sustainable and structurally sound.

From a sustainability perspective, University of New South Wales School of Architecture & Design senior lecturer Dr Phillip Oldfield says the most important factor with regard to buildings of this size revolves around their actual location. Courtesy of the amount of energy used in operation and materials required for construction, towers of this size are not going to be as sustainable as buildings which do not reach such great heights, Oldfield said. By placing large numbers of people within close proximity to transport hubs and activity centres, however, he says the negative environmental effect associated with these factors could be offset by the reduction in vehicle travel requirements associated with greater density.

“The only benefit and the biggest benefit you are going to get (from an environmental perspective) in creating a super tall tower is density and intensity. It’s providing a compact centre in which people can live or work, where people can easily get public transportation and don’t need to drive.”

Beyond location, Oldfield – who has served as co-chair of a research, academic and postgraduate working group at the Council of Tall Buildings and Urban Habitat and who authored the CTBUH Roadmap on the Future Research Needs of Tall Buildings – suggested that local climate is also a consideration. Detached houses in warmer climates such as Brisbane might be raised slightly in order to improve ventilation and those in Melbourne might have glazing oriented toward the north in order to derive more passive heat gains. But, Oldfield says, when it comes to super towers, designers often become obsessed with the shape and wind up churning out the same air-conditioned boxes with similar glazing on every site. Instead, he said, we need to look more closely at the local temperature, sun paths and wind direction and how we can respond to that within the design and the façade.

From a structural perspective, there is the need to respond to wind load, which Oldfield says increases exponentially for buildings which rise above 250 metres in height.

One way around this, he says, is to use different structural systems which provide for greater levels of lateral support. This includes more tensioning and bracing. Indeed, when you go to 80 storeys, for every 30 floors, you often need to have two to three storeys that consist of giant trusses which hold the structure together and resist the wind.

Another way to cope with wind is by altering the building’s shape to make it more aerodynamic. The 600-metre Shanghai Tower, for example, has a twisting shape which reduces wind load and which enabled the designers to save 20,000 tonnes worth of steel from the structure, Oldfield says. The 800-metre Burj Khalifa, meanwhile, is designed to ‘confuse the wind’ by rising in a number of separate stalks which top out unevenly around the central spire.

Another issue is that space requirements for elevators increase with height. In this area, Oldfield says considerable levels of effort are going into advanced lifting systems.

Another technology sees people not pressing buttons but in fact swiping cards and alerting a system which understands the floors to which individuals have access and sends cars down. Using advanced algorithms, the system groups passengers together and thus reduces the number of trips required and subsequently the space required for these elevators.

As we reach extreme building heights of around 800 metres, Oldfield says a further issue revolves around a tendency for the steel ropes used for elevator travel to snap. This, he says, will require examination of alternative technologies such as carbon fibre ropes which can extend to greater heights without breaking.

Beyond design, there are also important considerations when it comes to the construction process, said Alexei Simm, a project manager at Probuild who is managing the construction of the 276-metre (88-storey) Aurora Melbourne Central building in Melbourne.

Operating cranes in the type of winds which can be present at these heights requires careful planning and maneuvering within strict health and safety standards. On the Aurora project, for example, Probuild believes strong winds could cause up to 40 or even 60 per cent crane downtime when operating at the highest levels.

One approach the company is considering to deal with this is to apply a second crane on site to compensate for the loss of downtime on the first – a multi-million dollar decision.

In addition, Simm says Probuild is also looking at ways to minimise workload on the crane by rearranging building materials and processes. This will involve fewer precast panels on the structure and completion of a greater portion of the structure by more traditional manual processes of building.

In addition, Simm says that in buildings of this size, many developers look to reach settlement and welcome clients in to lower floors whilst upper floors are still being completed. In the Aurora case, the residential portions will be  handed over to the developer in three stages – with up to 30 floors being handed over for settlement and occupancy at each stage. As a result, the construction team will still be working on the concrete associated with the structural core when the first 30 floors of residents move in and we will only top out the structure with the roof slab after the next batch of occupants arrive.

Because of this, working models need to be adapted to ensure residents of lower floors receive quiet enjoyment of code-compliant premises even as work continues on higher floors. For some sites, Simm says that until the building is topped out, this might involve the regular practice of having a tank sitting on the roof as a source of water supply from a fire safety perspective. In super tall buildings, however, this is not possible as the reach of the largest pumping unit available to the fire department in Melbourne, for example, can reach up to only 175 metres above street level. For Aurora, Simm says one floor will be sacrificed and used to house services on a temporary basis until the roof is complete

Construction on buildings of this size takes many years, and Simm says maintaining important knowledge about critical elements of the building and the project strategy throughout that time requires careful management and a clear communication strategy.

In terms of structural design, Simm says the additional wind exposure associated with these buildings requires different ways of working. Footings, for example, have to deal not only with downward force or compression but also upward force on the windward side of the building as the wind essentially tries to ‘lift’ the building up on one side. Even with good surface conditions of solid rock, footings with a much greater surface area will be required, as will rock anchors to secure the footings into the ground and tension elements such as piles to harness skin friction and resist upward pull. Higher levels of bracing and reinforcing are also needed whilst external materials such as the glazed facades tend to be ‘true curtain walls’ as opposed to window walls.

Within individual apartments, Simm says there is a growing desire on the part of occupants to maintain a connection with the outdoors notwithstanding the extra wind load at that height. He says one way in which designs are responding to this is through indoor balconies which contain gardens but are closed in behind glass.

The approach to weatherproofing garden areas at these heights will ultimately determine whether or not these spaces are considered to be outside or inside for the purposes of the BCA. Whilst stressing that Probuild adopts the conservative approach that these are internal spaces for BCA purposes and so ensures they are sprinkled and fire protected, he says this is not always the case with some builders.

Even opening windows at that height, Simm says, requires careful consideration because of the pressure loading on internal partition walls in the event of high wind gusts. He says this phenomenon can be addressed through technology such as windows which snap shut in the event of high pressure.

On a final note, in terms of aesthetics, Oldfield says too much attention is given to a building’s appearance from a distance and that greater focus should be given to the streetscape and opportunities for large towers to ‘give back’ to the community via greater levels of public space at the ground level.

The 300-metre Commerzbank Tower in Frankfurt, for example, allows members of the public to cut through on the ground floor whilst looking at a glazed atrium in the centre.

“I’m always interested in how super tall towers can be more generous,” Oldfield said. “They take light away and create shadows. I understand why people don’t like them. So I think we could do more to make them generous to the city and its citizens.”