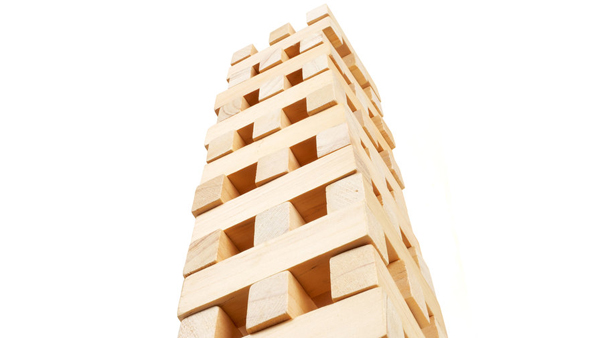 Wooden buildings may soon shape the skylines of America’s urban spaces. The U.S. Department of Agriculture (USDA) recently announced a contest awarding $2 million to a winner that can demonstrate feasible means to constructing “plyscrapers.”

Other parts of the world are already taking an active interest in constructing large, wooden buildings, namely Canada and parts of Europe. The most obvious reasons to consider this seemingly unlikely candidate for heavy-duty construction are environmental and financial.

Sheets of cross-laminated timber (CLT), which is the kind of wood suggested by Green, are cheaply made, naturally renewable, and require less energy to produce than the usual suspects of concrete and steel, reports The Economist. Indeed, the USDA notes that:

'By some estimates, the near term use of CLT and other emerging wood technologies in buildings 7-15 stories could have the same emissions control affect as taking more than 2 million cars off the road for one year.'

If such buildings are feasible, then they constitute the fast lane to more sustainable cities.

Furthermore, the infrastructure, resources, and labor needed to construct these buildings stand to bolster the American economy by helping farmers and creating jobs. The USDA details the robustness of these prospects:

'During the Recession, the drop in new construction and decline in home remodeling had a deep impact on wood manufacturing. However, if CLT and similar advanced wood products can penetrate just 5 – 15% of the non-residential North American market, that would mean roughly 0.8 – 2.4 billion board feet of lumber consumed annually. To put that in real-world context, roughly 35 jobs are created for each million board feet of wood processed.'

In addition to being more sustainable, wooden buildings stand to invigorate the American economy.

There are two common anxieties about wooden towers: flames and the risk of collapsing. Fortunately, neither stands up to scrutiny. Flammability is an intuitive concern for wooden buildings, but it turns out to be a misguided one.  Indeed, CLT has been shown to resist fire better than the lumber that constitutes most American houses and better than steel.

Meanwhile, a recent collaboration between Oregon State University and Skidmore, Owings & Merrill, an American firm with an international presence that specializes in architectural, urban planning, and engineering, has yielded a battery of nearly 20 tests demonstrating the viability of wood as a candidate for large-scale architecture. Consider one such experiment, as described by The Economist:

'The researchers used CLT in a hybrid form known as concrete-jointed timber. This featured an 11-metre wide CLT floor section with a thin layer of reinforced concrete spread across the surface. Thicker sections of concrete were added where the floor was supported by pillars. It was put into a giant test rig where a powerful hydraulic press pushed with increasing force onto the surface. The researchers wanted to see how the structure moved under load, but kept pressing in order to find its limits. The floor finally began to crack when the load reached a massive 82,000 pounds (37,200kg), around eight times what it was designed to support.'

The tower-supporting powers of wood exceed even the optimistic predictions of enthusiastic experts.

Perhaps a more concrete testament to the firmness of wood is Japan’s Horyuji Temple. Built in 607 CE, the 122 foot-tall wooden structure has resisted fires, earthquakes, heavy loads, and more for over 1,400 years. The pagoda provides comforting assurance for good-hearted skeptics of a proposed means to a sustainable, cheap, and economically robust architecture landscape: wooden skyscrapers.