London's tallest residential skyscrapers: from The Shard to Spire London 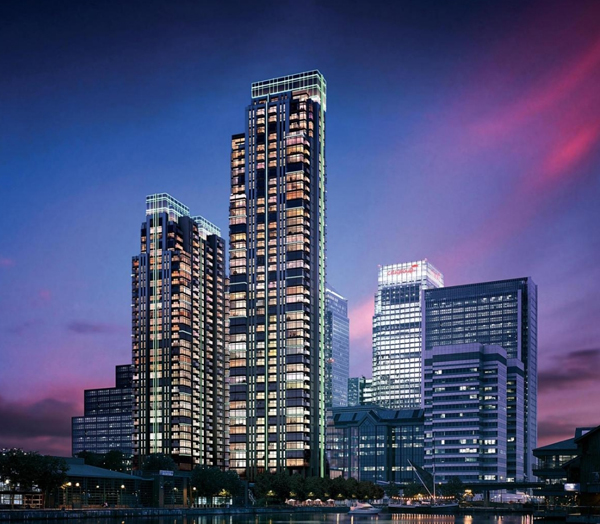 London is poised to become a city of high living for high-fliers, with a total of 436 buildings over 20 storeys in the pipeline, according to New London Architecture (NLA).

As part of these plans, the capital's highest residential skyscrapers are soon to be usurped by the arrival of another, taller kid on the block: Spire London, an £800 million 771ft high rise promising “five-star lifestyle amenities”.

The 67-storey tower, which will be home to 861 apartments, has been given the green light on a site in London’s Docklands. Once completed in 2020, it will be the joint-second tallest building in London - alongside Canary Wharf's One Canada Square, which is 245ft shorter than London's tallest building, The Shard in London Bridge.

Yet, Spire London will claim the title of the tallest solely-residential skyscraper - not only in London but also in Western Europe - as One Canada Square is predominantly an office block.

Although The Shard contains ten 62,000sq ft rental apartments, located on the 53rd to 65th floors of the 95-storey landmark, all with 360-degree views, they are not yet available.  Designed by Italian architect Renzo Piano, the soaring £1.5bn tower is also home to a luxury hotel, top-class restaurants and offices.

Work is due to start on Spire London in January 2017 so, until it is completed, the dizziest solely-residential skyscraper in the capital remains The Tower, One St George Wharf, in Vauxhall.

The cylindrical tower has terraces with 360-degree views over the Thames and central London. It boasts a £51 million five-storey penthouse spanning 23,000sq ft, but a three-bedroom apartment will set you back a comparatively modest £3 million.

The 1970s South Bank Tower,sandwiched between Blackfriars and Waterloo, recently underwent a complete refurbishment - adding a further 11 storeys, bringing it into skyscraper territory at 509ft and making it the second highest residential spire in London. It now has 191 apartments across 41 floors ranging from around £2 million to £20 million – many of which are still available to purchase.

The next tallest building you can live in is Strata SE1 in Elephant & Castle, nicknamed ‘the razor’ for its resemblance to the hair removal device, where a two-bedroom apartment will cost you around £1 million.

At 48 floors and a height of 482ft, Pan Peninsula Tower is just a foot shorter than Strata SE1. A studio flat will cost you just under £400,000 but a duplex on one of the highest floors will set you back closer to £2 million.