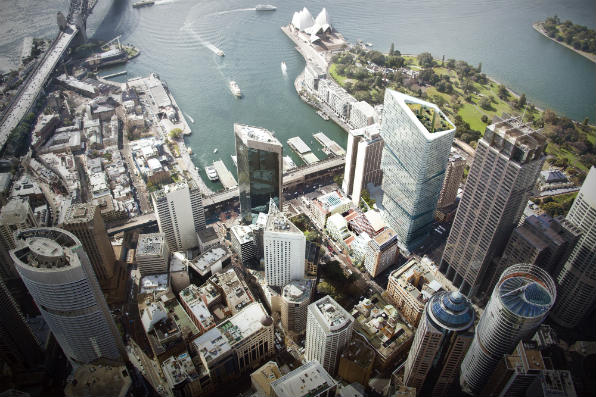 The Australian Smart Skyscrapers Summit 2017 in Melbourne has attracted huge interest from high-rise development experts, among them leading architecture, engineering and construction companies.

Australia is already home to many noteworthy and prominent skyscrapers and super-tall buildings that stand out on the basis of their green and smart features. From design studio Architectus, Managing Director Ray Brown will bring his architectural expertise and work on Sydney’s 1 Bligh skyscraper to the Summit. The building has received multiple awards for its environmentally friendly building design and set a benchmark for sustainable design. The buildings innovative green features include a central atrium, double skin façade, air conditioning, energy generation, solar panels, black water recycling and recycled rain water.

In the realm of supertall construction, Karl Fender, Founding Director, Fender Katsalidis Architects will present a case study on Australia 108, which, at 100 stories, is the only building of its kind in the Southern Hemisphere. Set for completion in 2019, the skyscraper will alter Melbourne’s skyline as it surpasses the Eureka Tower, currently Melbourne’s tallest structure.

Senior Associate Mark Giles from the powerhouse architecture firm behind Sydney’s One Central Park, one of the world’s best tall buildings, PTW Architects is on the agenda to discuss the impressive sustainable design concepts that underpin this structure which boasts a vertical garden at over 1100 square metres.

Arup, a leading firm of independent designers, planners, engineers, consultants and technical specialists as well as the structural designers behind the Sydney Opera House. A key speaker at the Australian Smart Skyscrapers Summit 2017, Alistair Guthrie is a Professor of Environmental Design in the School of Built Environment at Nottingham University and a Fellow at Arup. Guthrie will address Sustainable Design for High Rise Buildings at the Summit, exploring what makes skyscraper design smart, how to bring industry and end users together and a holistic approach for optimal results to sustainable design practices.

Specialists in structural, civil and infrastructure engineering, Bonacci bring their work on the Brisbane Skytower, a 270-metre 90-storey residential tower which will become Brisbane's tallest building when completed, to the Summit. Chartered Engineer & Technical Director Richard Cass will discuss structural performance, architectural planning and designing for efficient construction at the Summit.

From Henning Larsen Architects, Partner and Design Director Claude Godefroy will discuss improving connectivity between high-rise towers and the public sphere at the pedestrian level at the Summit.

The Australian Smart Skyscraper Summit will be held on the 28-29th March 2017 at the Melbourne Convention and Exhibition Centre.