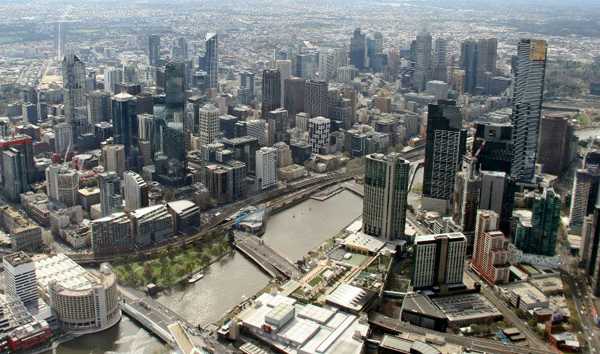 Building height in inner parts of the City of Melbourne will be limited whilst mandatory setbacks and building separation will apply under new planning rules now in force as the state government moves to address growing levels of concern about overshadowing and excessive levels of density within the city’s centre.

Having now come into effect, the permanent Amendment C270 to the Melbourne Planning Scheme places general limitations on building height with the Melbourne CBD and surrounding area according to an 18:1 floor area ratio.

Developers will be able to exceed the required floor area rations where a commensurate public benefit is provided.

This was the case, for example, with a 70-storey hotel and apartment building designed by renowned architect Jean Nouvel, which was approved on November 19 in spite of having a 29:1 plot ratio.

Courtesy of a new arcade which will be accessible from La Trobe Street featuring art installations and digital screens on the wall and ceiling which will lead to a new laneway with retail and restaurant space that will give access to Elizabeth Street, the government deemed the building to have sufficient public value to warrant the additional height.

Existing height controls will remain in Special Character Areas where the emphasis is to protect specific valued attributes.

The changes come amid widespread fear about effect of what many see as an excessive level of density in terms of development within the Melbourne CBD and surrounds as former planning minister Matthew Guy approved development at multiple times the density allowed in many other capital cities around the world.

This, the current government says, has led to poor building amenity due to proximity to neighbours (impacting light and privacy), impaired development opportunities on neighbouring sites, visual domination of historic and pedestrian scale streetscapes by new development, overshadowing of public space, uncomfortable wind effects in public spaces and pressure on the capacity of public space facilities.

It said the new controls would maintain the city’s character and liveability without unduly impacting welcome levels of investment.

Property industry lobby group Urban Development Institute of Australia (Victorian division) welcomed the objective of the new rules in preserving the livability and character of the city, addition that the flexibility to negotiate the controls on a site by site basis was welcome.

But it said the floor area ratio of 18:1 was too restrictive in terms of what can reasonably be achieved for typical sites and that a ratio of 24:1 as was included in interim controls which were previously in place would have been better.