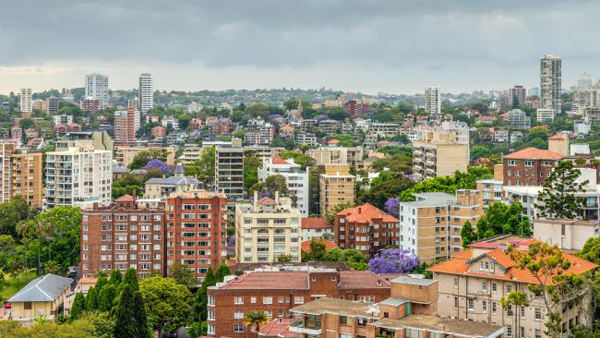 HEY Sydney-siders, you better get used to living in that high-rise apartment you are renting, because our harbour city isn’t building any more houses. And you probably won’t be able to afford to buy anyway.

The latest Metropolitan Housing Monitor statistics released by the NSW Government show just 35 detached houses were built in the inner-city Sydney local government area in 2016 — which includes much-sought after suburbs such as Alexandria, Erskineville, Newtown, Surry Hills, Redfern and Moore Park. This compares to the 2836 multi-unit dwellings completed.

But these statistics shouldn’t be surprising, according to Dr Andrew Wilson, Domain Group senior economist, who told news.com.au that a high-rise culture has already begun to develop.

“I think by 2030 we will have more units than houses in the Sydney market,” Dr Wilson said.

“It will be driven, to start with, by affordability, proximity and the level of infrastructure and facilities. But I also think there is an increasing embracing of high-rise apartment-style living.”

Aside from the fact that living in a high-rise apartment could give you harbour views and convenience for a much lower cost, Dr Wilson said more and more people are embracing apartment living because it provides in-house recreational facilities and a higher level of security with managed buildings.

“I think there are a lot of qualities to apartment living that will attract a lifestyle, rather than the other factors. This is something that will continue to push the level of apartments up over the level of detached housing,” he said.

We will even see families increasingly swap a house with a backyard for an apartment in the city. The changing housing trends don’t mean Sydney is set to become a global hub for childless business men and women. But, Dr Wilson said, it is likely to change the make-up of the traditional family.

“We are seeing families moving into apartments; there is the acceptance that you can bring up your family in an apartment. That might not necessarily mean a three-bedroom apartment; it might mean a smaller family,” he said.

“You could go all the way to Camden for a bigger property, but with the money and commute involved, many will choose apartments. It is just a necessity. It is still obviously cheaper to buy an apartment in the inner-city than it is to buy a house on the fringe.”

“I think within a couple of decades the level of home ownership will fall below 50 per cent.”